August 8, 2010 is now marked on the calender as the first PT Skiff rendezvous. PT Watercraft and "Pika" met in Puget Sound and compared boats and notes and each took turns at the wheel of the other. Paul Bieker and family happened to be Seattle bound on their boat which provided a great photo platform and we were able to get some video. The PT Skiff Rendezvous 2010 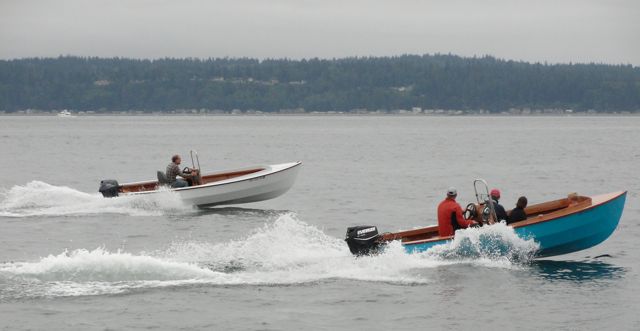 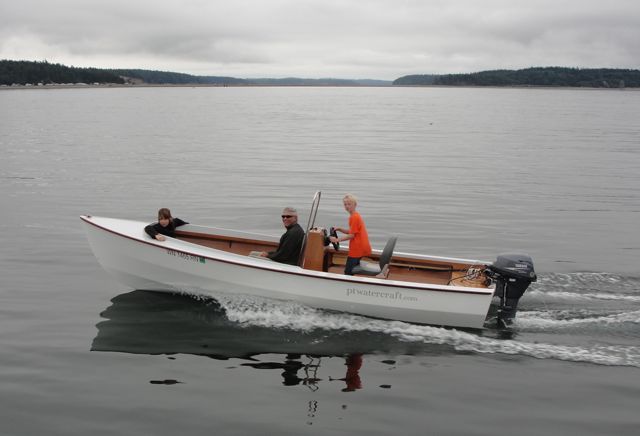 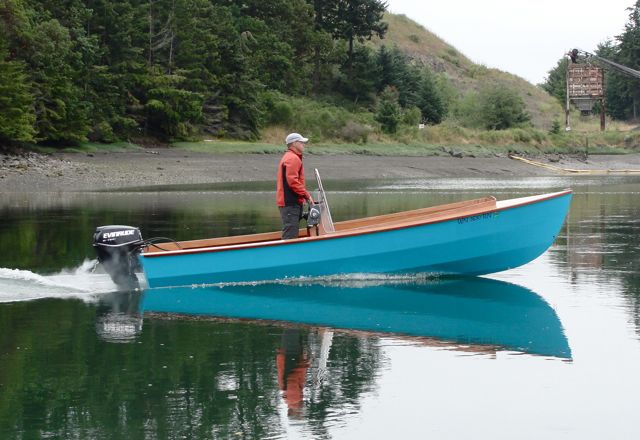 Pictured here you will see the "Pika" powered with Evinrude's E-Tec 25hp. We are working on a fuel consumption study and comparison for the two boats to be published soon.

"Pika" has her driver's seat and grates held snug with velcro to great effect. Furthermore, the builder opted for a larger forward hatch. He also kept the side decks clear finished and the wood grain looks really nice next to her "20 feet of Bahama water"-blue hull paint. 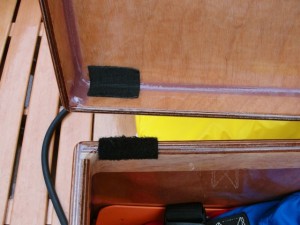 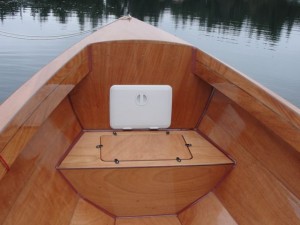 Of his return trip, the owner of PIKA wrote:

"Not sure if you guys noticed the large Hapag Loyd container coming down the sound as we split. He was running at 20 kn and I took his stern by about 100 yards and got on his east side a bit north of Point-no-Point. He had an awesome wake and I ended up surfing and carving sweet bottom turns for 5.5 miles until I had to bail out for Edmonds. Now, THAT is more fun than you are allowed to have in a powerboat! Truly the surfing was just brilliant. Everything came together perfectly, flat water, lot's of space, and a big ass container ship running at 20 kn in the right direction. Who knew the skiff would bottom turn like my 9'6" longboard, over, and over, and over again. I am still grinning!" 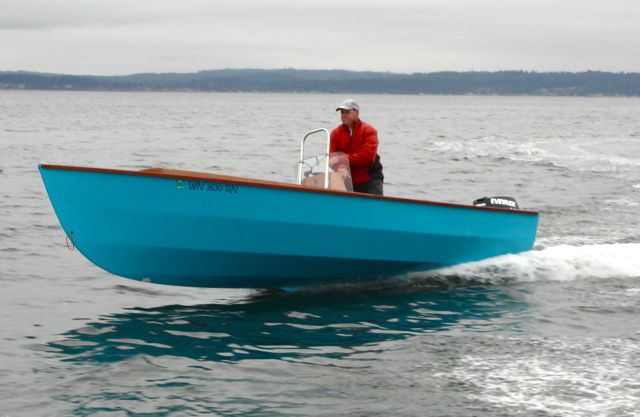