On September 15th, as the City Hall tolled 9:00am, Russell and I were pulling out of Port Townsend Harbor in the PT Skiff. We were loaded up with nearly 600 lbs between the 2 of us and gear. It was foggy and cold on Puget Sound but that is nothing new.
We were headed for Desolation Sound BC to visit friends with a new baby. We had not devised a dodger and the weather was questionable but we were happy to be off on an adventure even if it was just for the short time we had available. 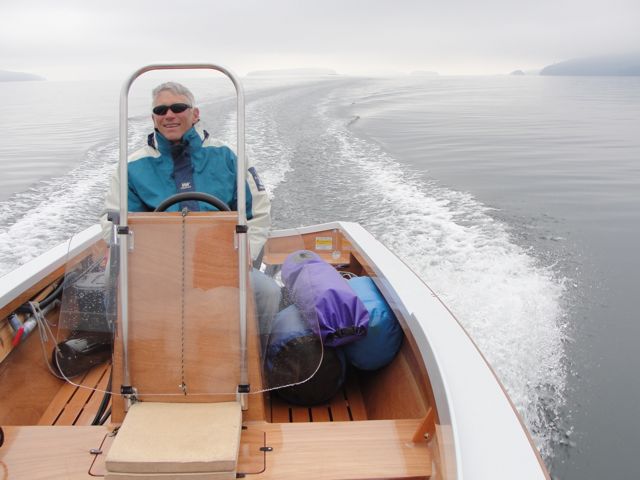 We spent 8 days total on our trip, camped ashore every night, travelled some 360 miles at an average of 15knots, and burned about 30 gallons of gasoline.  We did prepare an option for sleeping onboard but never needed it since campsites were plentiful along the way. We got caught in the rain once between Ganges and Wallace Island but we had our foul weather gear and watertight bags.

The only semi rough water we encountered was East of Nanaimo and even that was mild. We didn’t even have to slow down, though trying to hand hold the camera steady enough to show the gps was a real trick.  I will be putting together a short video of that day, surfing the Navy’s wake and Dodd Narrows.

The biggest threat of the trip was the raccoons!

On Wallace we had to tie our food bins up between 2 trees and chase the critters off, but our last night out on Jones Island in the San Juans, we were slack and the coons got into everything, devouring all the food we had left and making a disastrous mess in the boat and on the dock. We could have kicked ourselves. We mourned our stupidity over breakfast at Rocky Bay Cafe in Friday Harbor.

The other difficulty was not having a tide chart with us. We had wanted to tie up at the very end of Sturt Bay on Texada but decided the risk of getting stranded in the morning low tide was too big. We tied the boat just south of where we had floated over a good 5 feet of water. The tune of rapids woke us before daylight and in the morning the whole area was high and dry. Our precaution paid off and the skiff still floated in a foot of water outside of the channel and we were free to continue our trip.

All the way home we had current against us but being able to hug the shore and make use of back eddies gave us a knot + on our speed.

It was a beautiful trip that climaxed at our friends homestead near Quadra. Add to that, fresh fish and a campfire dinner, hunting Chantrelle mushrooms and enjoying the amazing wildlife of BC at close range, such are the things that made the trip extremely memorable. The skiff made it easy to get away on short notice and return home in a short weather window. 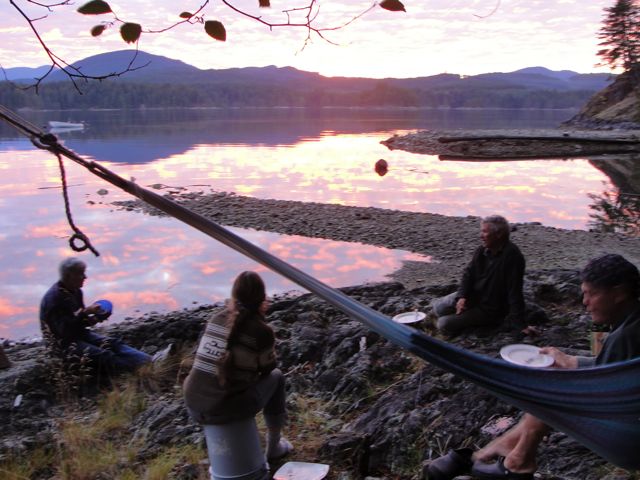 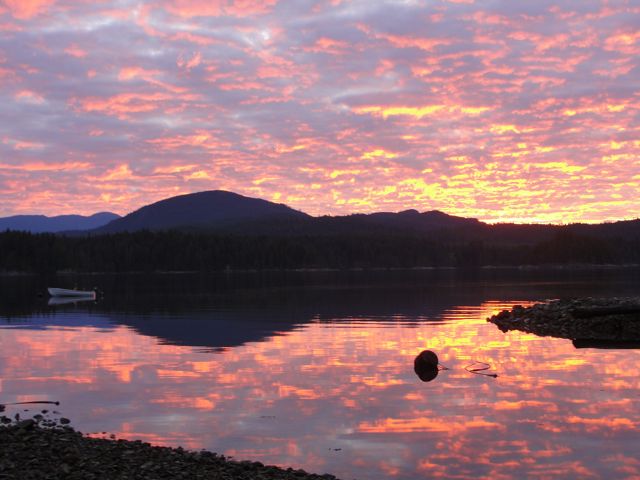 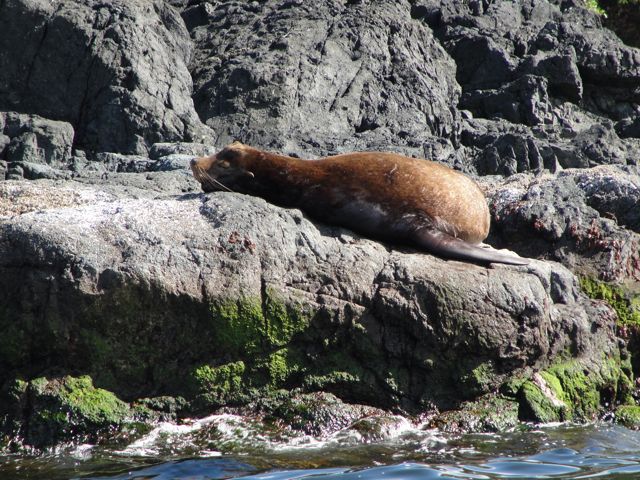 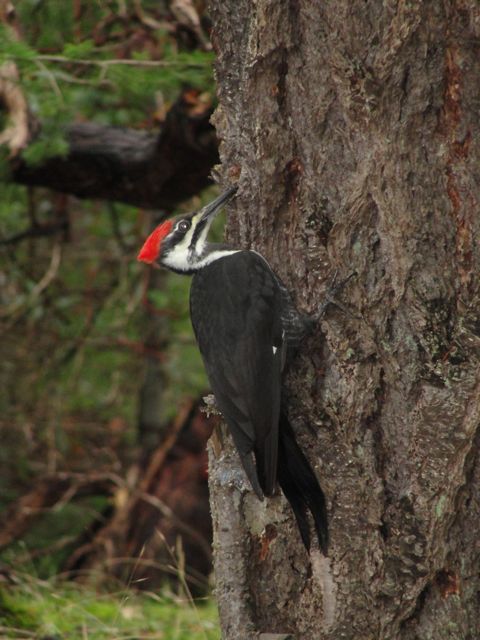 Wow, what a weekend!  First and foremost, thank you all for coming and spending time talking to us about the PT Skiff. I hope all your questions got answered and you have had a chance to check out the website if you had not seen it before. The enthusiasm expressed by so many of you made the show a real pleasure for us. While I personally did not get many photos taken, J. Brandt and his wife, who built their PT Skiff earlier this year, not only brought their boat up from Seattle, and gave rides, they also took some great pictures. I am posting them below. 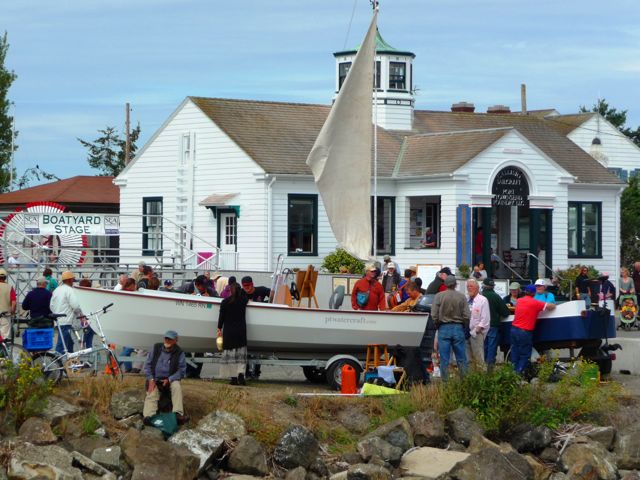 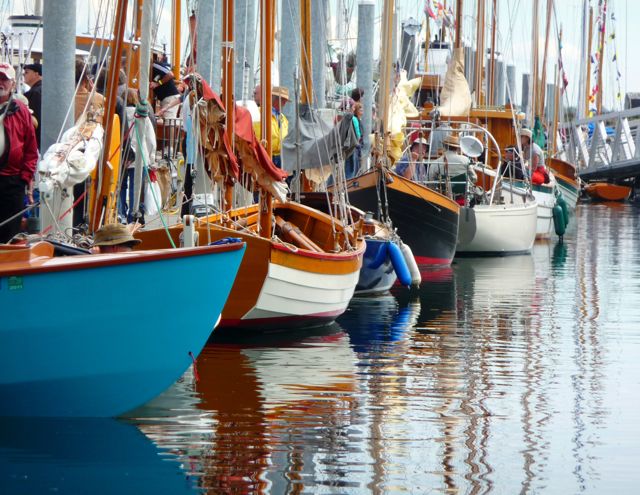 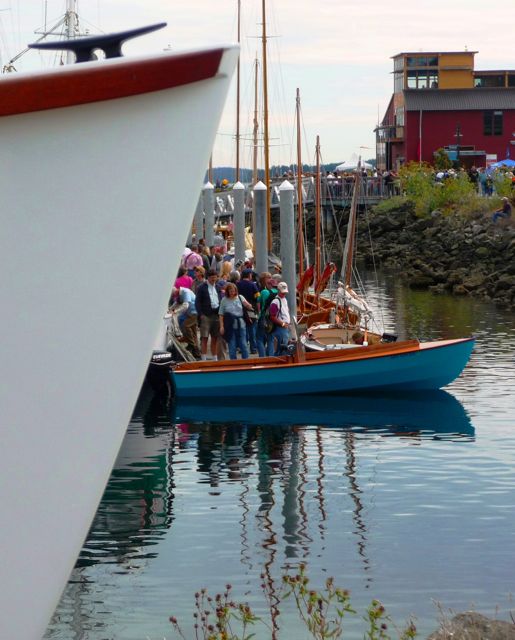 We have the opportunity to run the PT Skiff from Port Townsend up into BC this week to trial it as a camp cruiser. We will be keeping notes and taking pictures which I will post when we get back by September 24th. After that we have reserved the CNC machine to start cutting kits for confirmed orders. Email us if you want your kit cut sooner than later. We will ship according to order received.  Thank you all again and for those of you who did not make it up to Port Townsend for this great festival, there is bound to soon be images and video up on the woodenboat.org website. Perhaps we will see you next year or sooner! Cheers for now, PTW