This letter came in November and I have the author's permission to post it along with the pictures he sent. It is clear by the pictures, that this boat has gotten some real use. Nothing could please us more. 😉

"The boat went into the water Thanksgiving 2014. Since then I’ve spent a lot of time with it. I have become quite jaded over the years with lots of bluewater miles and lots of hours racing a thistle-not to mention dozens of other boats. However I think I can state unequivocally that this boat is by far the most fun I’ve had on any boat in a very long time.

I have to confess to some off-label uses—on Sunday I was on a lake in Northern Massachusetts and had an adventure in an unexpected snow squall. Gusts 15-20 and horizontal snow. The gusts went away and I managed to keep the boat bottom side down. It took me a long time to regain normal feeling in my toes after I got back to base.

In So Cal (my normal stomping grounds) I can take it lots of places that neither a Thistle or a Canoe (two of my other boats) are comfortable. The Thistle is too much boat for a narrow cove with gusting winds and canoes don’t deal with surf (at my level of skill—though they are fun in whitewater rivers). I bought a small Rocna and use it to anchor and dive off of the boat. Dolphins seem frequently curious about the unusual traffic and check the boat out. You don’t realize how big they really are until you are eye to eye from water level.

In one incautious moment (or of one of several)  on a flat calm day I rowed into a little cove. There was a rock pillar in the center of it, but I didn’t think anything of it. A boat wake from a passing ferry picked the PT11 up and deposited it directly on top of the pillar. I was really worried it was the end of my favorite toy. However when I got back to the dock, there was a slight paint chip aft of the mast area and NO OTHER DAMAGE!  This boat is strong.

In another adventure had a 2+ mile long plane down a lake in New Hampshire in a really big blow. I knew it was a bad idea but I was flying all the way and it was too much fun. I did not succeed in taking the boat upwind. After a couple of capsizes I gave up and left it on the lee beach until the weather changed. I think I would have been OK, but the boat was so slippery inside that I couldn’t get up on the rail between tacks. I simply fell down.

I’ve since put a tasteful patch of non-skid on the floor of the boat, and found that I can feather upwind sitting on the rail, even in a good bit of wind. 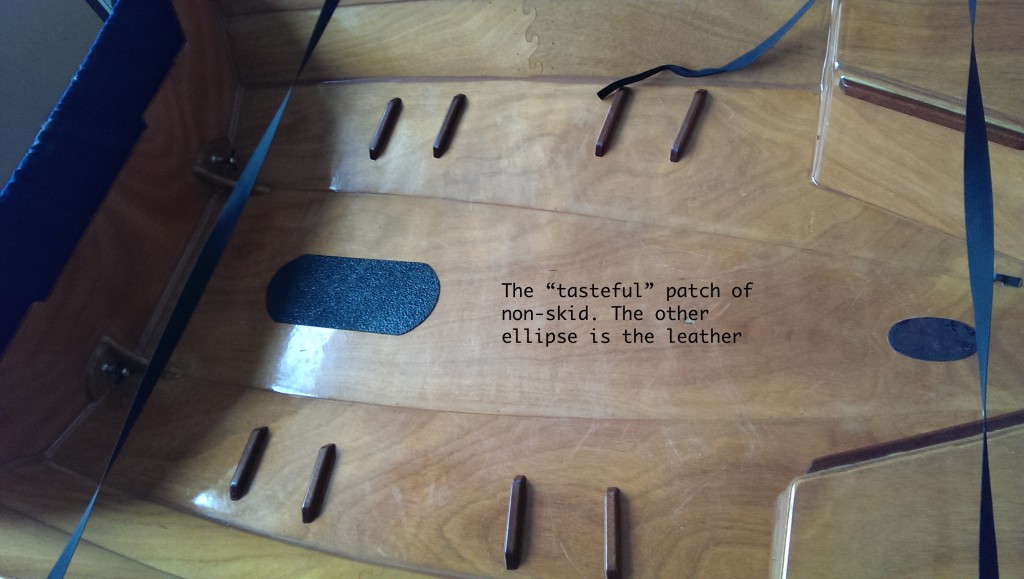 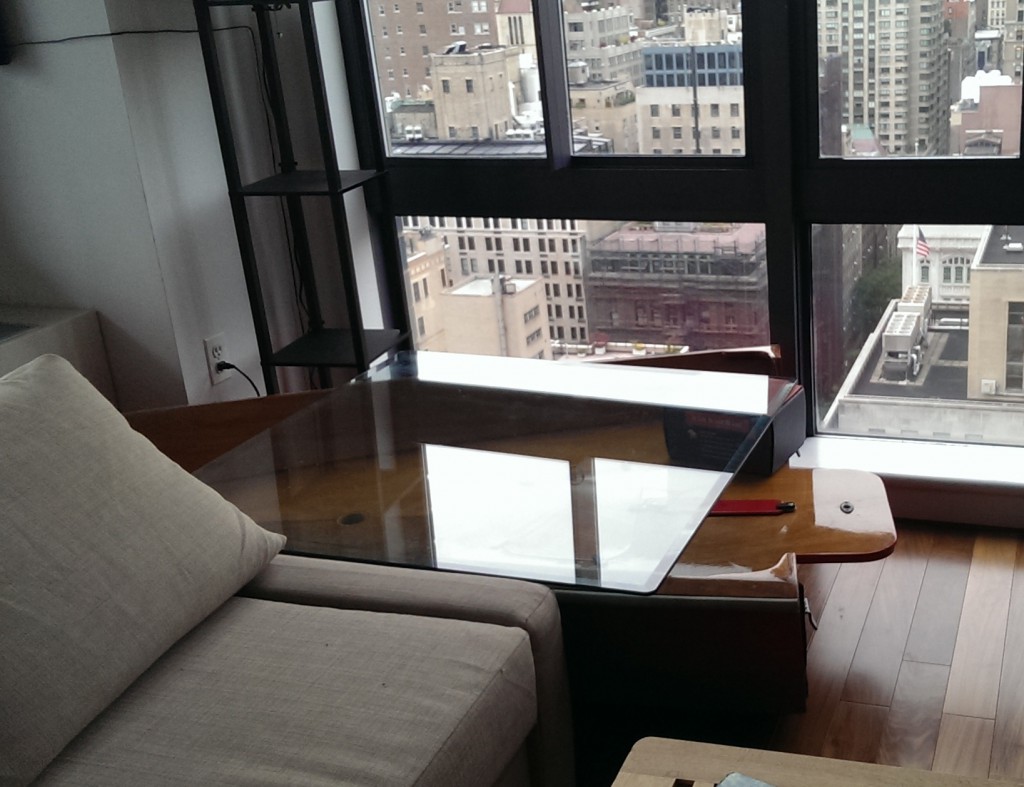 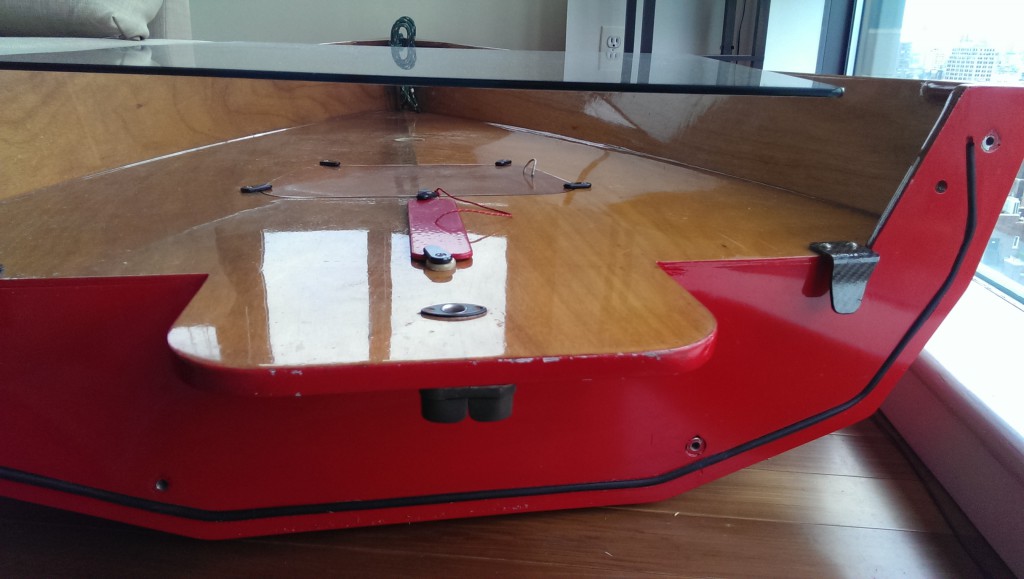