On March 5th, we unofficially joined in the 20th Annual Shipwrights Regatta in the nesting dinghy with a rig borrowed from a previous prototype.  We started out of the harbor in a light shower and extremely light winds but the sun actually showed its warming face between clouds for the better part of the afternoon. Russell and I missed the skipper’s meeting but the committee graciously said we could join in.

We took off on the third start after the racing and cruising boats with 4 other inshore boats and then took the long course instead of the short course for lack of better directions. There appeared to be a lot of confusion on what the course was so we went after the bigger boats. It was our good fortune to see when the lead boats hit contrary current and a no wind zone at the same time and we were able to skirt around at a totally comfortable pace.  We actually managed to be the second boat around the first mark even though we (along with a couple others) passed the bell on the wrong side...  oops.We rounded the second mark amongst the lead boats and then hit some glassy water of our own just before the finish line. 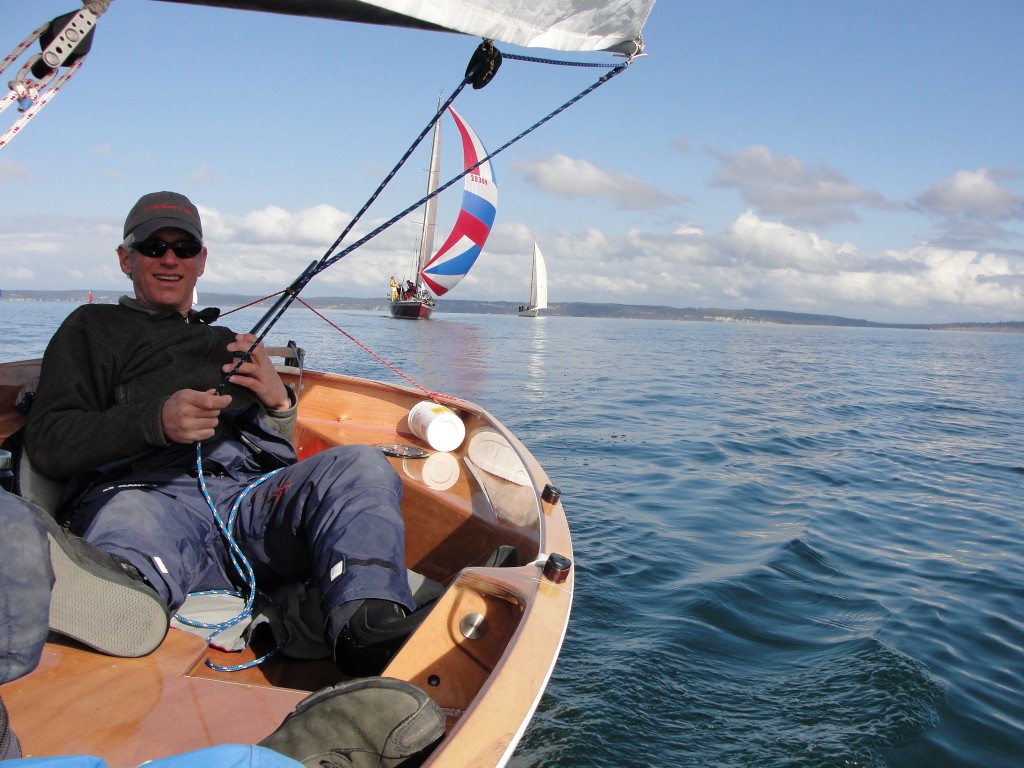 It turned out to be a fun and relaxing day and we were happily surprised about the way the Nesting dinghy performed. Can’t wait to get out there in more wind and see what happens.
Some pictures follow and the link to the PTSA race report. See side bar.. 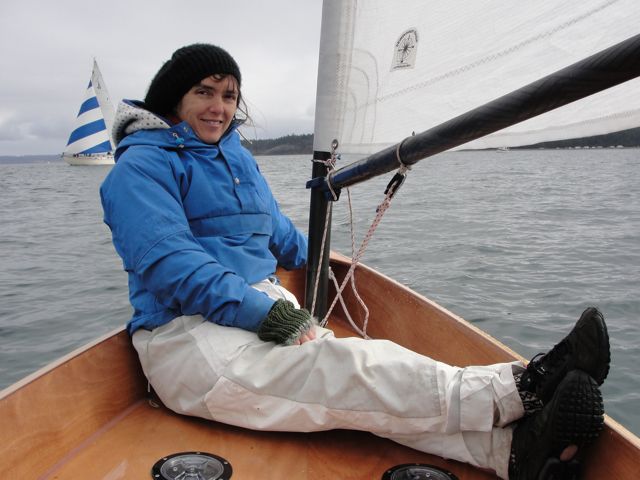 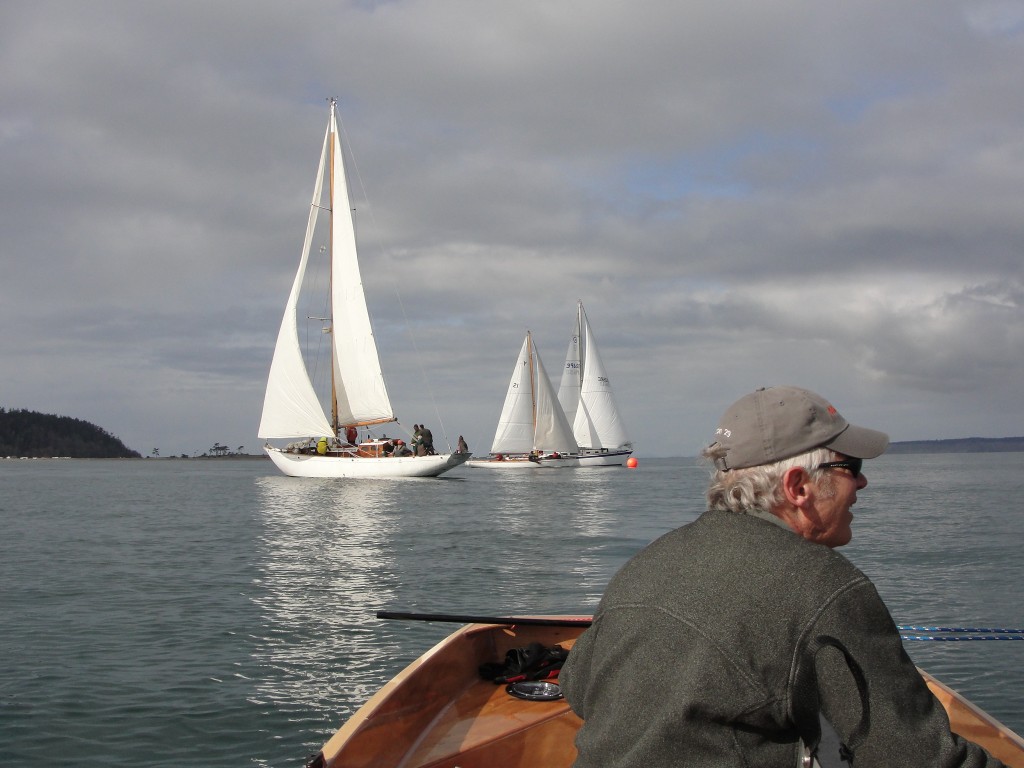