We have shadowed leg one of this race for it’s first 2 years and we have mused on what it would be like to participate. Well, now we know and are still as excited by it as ever. Russell always understood what was needed to enter such a race. Ignorant me had no idea, only enthusiasm! He has worked for months without time off to get the boat ready and to meet sponsorship expectations. We might never have entered had it not been for the encouragement of WEST SYSTEM Epoxy CEO Alan Gurski and founder Meade Gougeon. They were the first to say 'do it!' and offered to sponsor us with some new North sails.

At the time of this writing, Russell is at the north end of Johnstone Straits hunkered down while the wind screams out of the SE. Had either of us been more tech saavy, we could have been updating all along as some of the other boats do but the SPOT tracker will have to suffice. Gougeon Brothers  designed and built our boat, Incognito,  and we hope to make them proud.

I was able to put together 2 brief videos (click links) of the June 8th, Port Townsend to Victoria start, and a second of the June 11th Victoria onward start.

Russell has had a few challenges 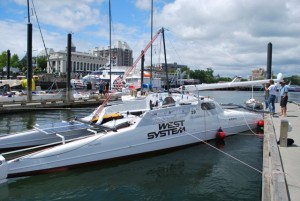 along the way already. Starting with a rigging crisis that had gone un-noticed until June7th, the day before the start. It was in Victoria, after almost 10 times lowering the mast and later shimmy-ing up to check, that the issue was resolved satisfactorily. The first day out of Victoria, he lost his preferred pedal drive prop and prop nut. He had a spare and continued with that. He had a close 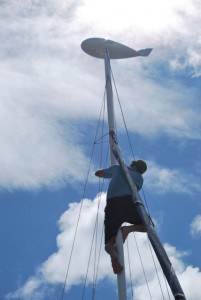 call with the reef off East Point Saturna, battling current, pedaling "for my life!" as he put it. Being conservative with words by nature, I imagine it was pretty darn scary for him. Mixed chop made life uncomfortable up to Nanaimo and at Seymore Narrows, he chose not to go through at night and to do some precautionary repairs on the pedal drive instead. The boat clearly likes to move as portrayed by the tracker as he would catch up in the day to many of the multi crewed boats that passed him in the night. 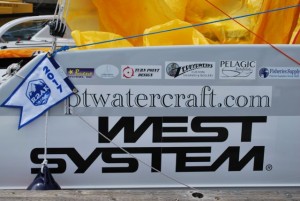 I want to thank our talented old friends & talented new friends who have contributed custom parts, innovative equipment, rigging, problem solving, and general advice. Not all have websites but I will share as many links as I can here;

Depending on when Russell makes it to Ketchikan or any point between, I will meet him to sail the boat home, at a cruiser's pace, of course. We will be closed until our return sometime mid-ish, July.  😉 AEB